How good are you at spotting nature? A crucial part of appreciating wildlife is seeing it in the first place. There’s something in the picture above. It could be a bird. It could be a nest. It really could be anything. Can you figure out what it is? And where it is? If you can, reblog this picture, circling the place where it is, and tagging your post ‘find it friday’. ‘Identify’ it as an added bonus– it may not be living!
Happy spotting!

This was taken in Greenleaf Forest, Singapore. The trees in the background are part of the Green Corridor. More on my visit there with the amazing My Nature Experiences later!

The results of the first Find It Friday are out. While no one managed to identify it correctly (which is understandable, seeing as this was taken in India) Arya Mansourzadeh managed to narrow it down to type of bird: owl. Aloysius Eng was even more confident and got it down to species of owl, identifying it as a Collared Scops, but he was wrong. Sorry! Alfred YW spotted the owl, but while remaining within the category of nocturnal birds, identified it as a nightjar. Cynthia found both the birds, but her identification guesses were wrong. As for the second bird, only Alfred YW and Cynthia seemed to have found it at all, so congratulations to them!

So, what was it? The bird circled in the photo above that’s closer to the bottom is a Spotted Owlet. Here’s a close-up of it.

I spotted this literally next to Ranthambore National Park, Rajasthan. It was the second species of owl I had seen– ever! But to be honest, even I couldn’t spot in the picture above when I was reviewing them later.

As for the second bird, I wasn’t even aware of its existence till I reviewed the picture! So I’m not completely sure of its identity, if you’ll forgive me. However, I believe it to be a Plum-Headed Parakeet or a Rose-Ringed Parakeet. The latter is more likely but as I have no better photographs of it have a Plum-Headed instead. 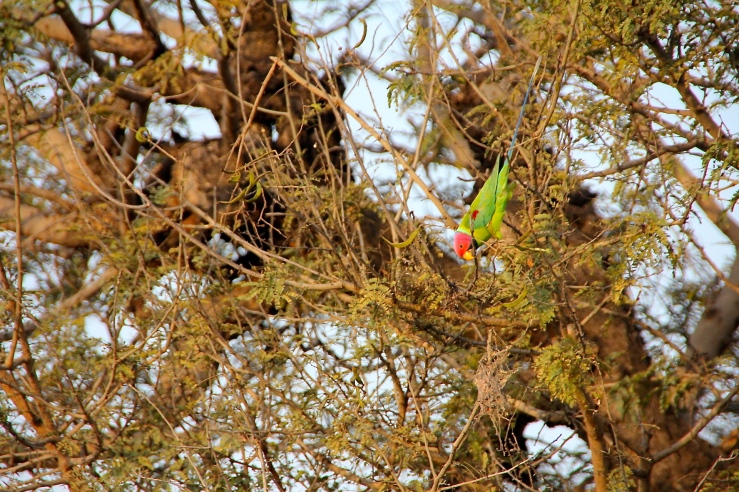 Most people dismiss nature and biodiversity as non-existent just because they can’t see it. But as the four people who spotted the birds proved above, that doesn’t mean it isn’t there.

How good are you at spotting animals? A crucial part of appreciating nature is seeing it in the first place. There are two creatures in the picture below. One is relatively easy to find and one is harder. If you spot them, reblog the picture, circling the creatures and tagging it ‘Find It Friday’. Identify them as an added bonus. 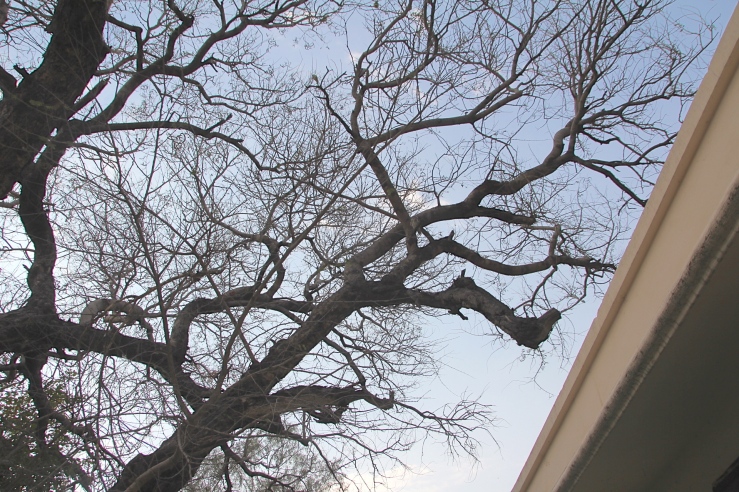