I came back to Singapore all in a hurry: the last two days in Myanmar passed in a flurry, dinners and baking and shopping and packing, quickly, late at night, barely time to savor the place, the time, before I was in the car, at the airport, in immigration, and back home, hugging my parents.

I began my gap year wanting only to travel. Every plane flight filled with potential, new things beneath my feet, and I love that still, I do, that slipping into unknowing, but I have to also say I love my parents, and my brother, and being at home, too. The comfort of a place I have grown up in around me, of a bed I inhabited for a decade, of a floor thick with warm memories at my feet.

So I’m starting to understand what it means to be homesick and why. I know the transience of travel is part of its allure: every moment seems sharper when you know it’s slipping away. But I have to reckon now, again and again, with home just being another stop on travel, not a return but a passing through. People keep asking me where I live. I keep saying Singapore. It’s becoming less and less true.

And it’s something I will, obviously, have to reckon with over and over: I will live in college next, and after that, who knows – but if my parents have any say in it, definitely not at home. But still the realization tugs a little. Every time I pack a new suitcase I have even less to come back to. And I spent most of my two days back packing – flinging clothes over the floor in vaguely coordinated piles and reckoning with how to create a stable, sustainable base with all that can be stuffed into a backpack. And also trying to savor each home meal and catch up on goings on: the pigeon nesting outside the balcony, my dad‘s latest woodworking project, the new paintings on the walls, and realize that this home world goes on without me, and I go on without it, and this is growing up and away but you never forget the things that bring you comfort.

My parents left Singapore the day before me for their own journeys. Late at night, after a dinner congregating various friends from various corners, I made last minute adjustments and got in a cab to the airport a little too sleepy. It was the first time this year without my mother at the airport, and I felt sad as I walked across immigration alone, grieving this piecemeal loss of homeland. I wanted to find my feet somewhere, and I didn’t know where that would be.

On the long flight, I cracked open the window at intermittent intervals. We crossed the mountain ranges of Sumatra, yet wreathed in jungle, and then, hours later, the dusty peaks of the Arab Peninsula ridging the wide empty land, breaking the earth upwards to sky. Open-mouthed the foreign lands grounded me with a familiar shell-shock. 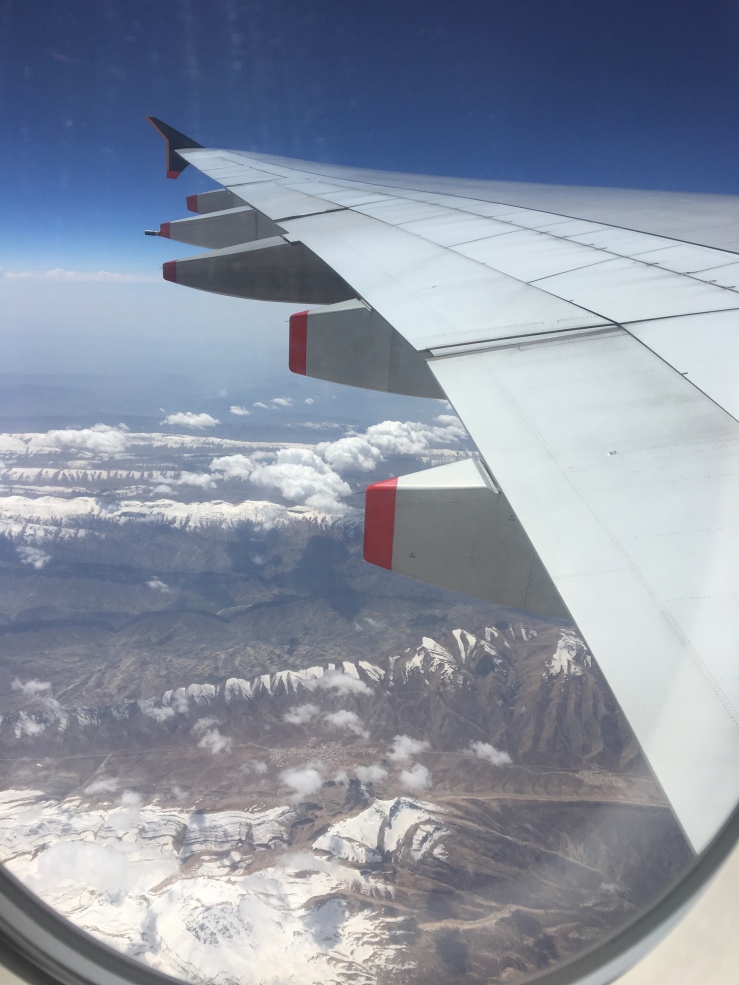 It’s been ten years since we moved away from London. I was barely eight at the time. It would be unfair to say I understood anything of the city, or at least anything beyond superficial impression. I didn’t know anything of the place beyond the fact it was where we lived and that we were going to leave it for Singapore. I knew I didn’t want to leave. I liked our house, liked knowing each floor inside out, liked walking to school and going on bike rides, liked the wide park I went to for horse riding lessons.

On my first day in the city – mildly recovered from the flight, well-rested and well-fed by the best people, one gorgeous ceramics exhibition later – I met up with some old family friends for lunch and a wander through Regent’s Park. “I sometimes wonder what it would have been like if your family had never left,” she said.

For a moment, little dizzied, I had a paths-diverged moment. London is an obvious fork in the road in my life. And it’s not like I wish anything could have been any different – I don’t think I get that introspective indulgence yet – but I spent the next week with that what if in the back of my mind. Who would I have been at 18 in England instead of Singapore? Would I have been the same?

London was my first stop on five weeks of travel. I met Melanie, a high school friend, at the train station the next day; she would be with me till we flew out at the end of May. I arrived with nothing planned, but the week filled easily with museums, old parks, and fond friends; I’d hoped to have a few days to sit and rest in London, but instead we woke early, returned late, and walked a lot.

I was a tourist, but I also wasn’t. I was out of place, but I also felt familiar. When I landed in London, I returned to nothing concrete (except welcoming friends). But still the city brought me back to that simplistic childhood adoration that embraces and enlarges. We were warmed with distinctly un-English sunshine; the first flowers of spring gleamed with color and the streets with oil; this was where I used to live and the thought filled me with nostalgic happiness. I knew this place, or I’d dreamt of knowing this. It lay a decade away but also here right next to me.

In the Natural History Museum, we spent several minutes under the newly unveiled blue whale skeleton, now replacing the formerly iconic dinosaur. Afterwards I dragged Melanie through the museum to the room where the model the skeleton used to fill out lay, the place I had also dragged my parents to every time we came. As always my jaw dropped. As always I walked end to end, head to tip, traced the curve of this body. This wasn’t a dream. This was wonder matured through the years. 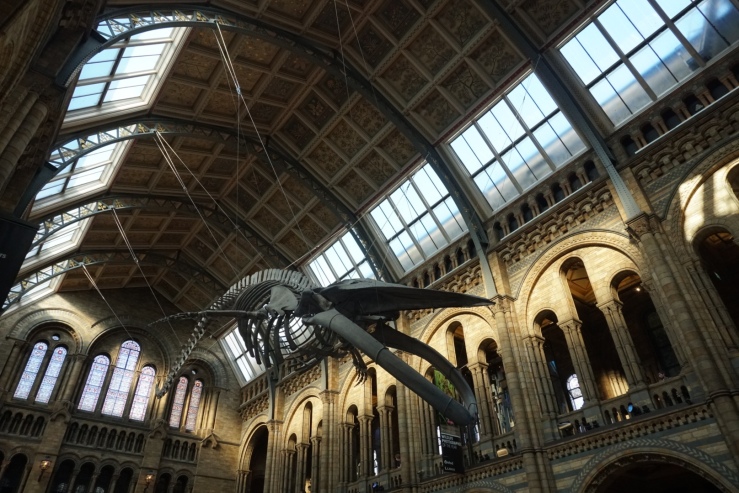 When we lived in London, my mother took me to many of the exhibitions passing through. I understood few of them – distant hazes of color – but they became part of me nonetheless. “I like animals, and also art,” I told people. I missed my mother in the museums: the strange dialogue between Michelangelo and Bill Viola and the brilliance of Van Gogh’s sunflowers.

Because there are so many things that began here. I sprinted the last ten meters into Richmond Park and lay on the grass, stared up at the sky, and remembered the comfort I felt every week returning to the green expanse. That sense of space and possibilities has stayed in every place I’ve been. I found the thicket my mother, brother, and I had once gotten “lost” in and remembered the exuberance of our emergence into sunlight. Even if I don’t know where I’m going I can find my way.

It was a short while, it was a long time ago, but these are pieces of the city still with me. On our last day we went and visited my old house. I took a picture outside; the hedge had disappeared and someone was renovating, but the Roman numeral sign was still the same. My path had split far away, and gone down strange new ways. This wasn’t my home anymore. But it used to be. For a moment I could feel those old roots solidify beneath me.