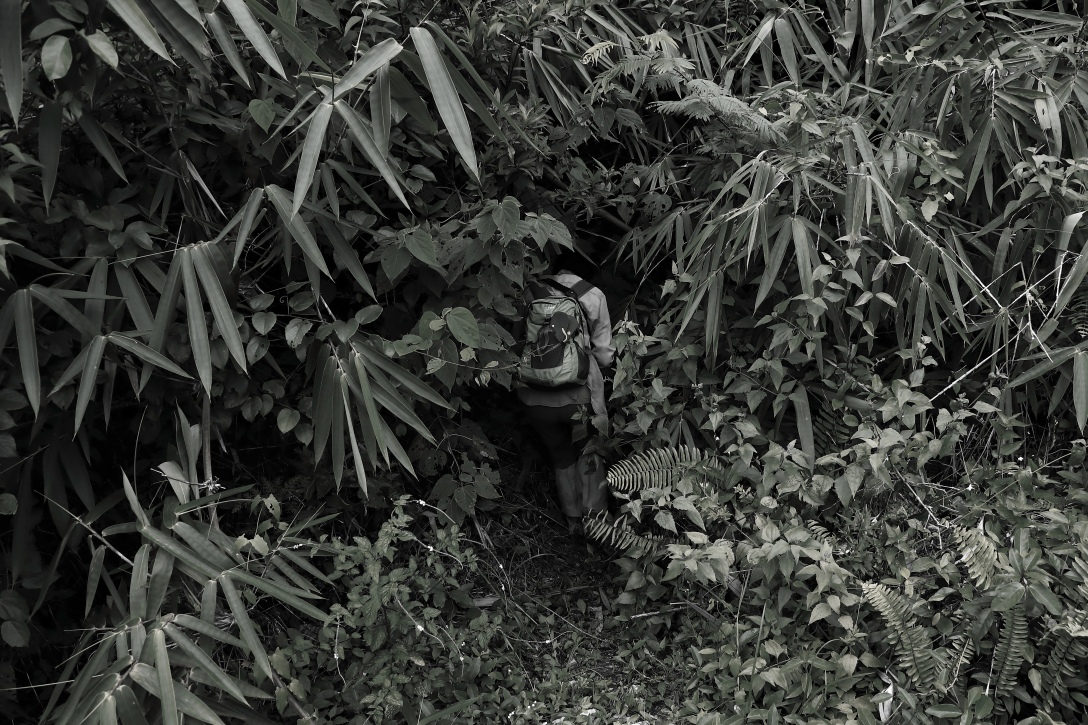 Two days after my last day of work, I was—of course—headed for the forest. We flew into Ipoh, a small city in southern Malaysia, and drove up into the Cameron Highlands and down again, heading back to Merapoh after a month away. Along the way we stopped at a grocery store to pick up the essentials (crackers and chocolate). Just behind it movement alerted us on a limestone hill: five rhinoceros hornbills beat a slow flight across the trees clinging to the edge of the cliff. Their red casques were stark against the pale rock, brilliant against the green forest. The familiar upswelling of warmth: we edged wild. 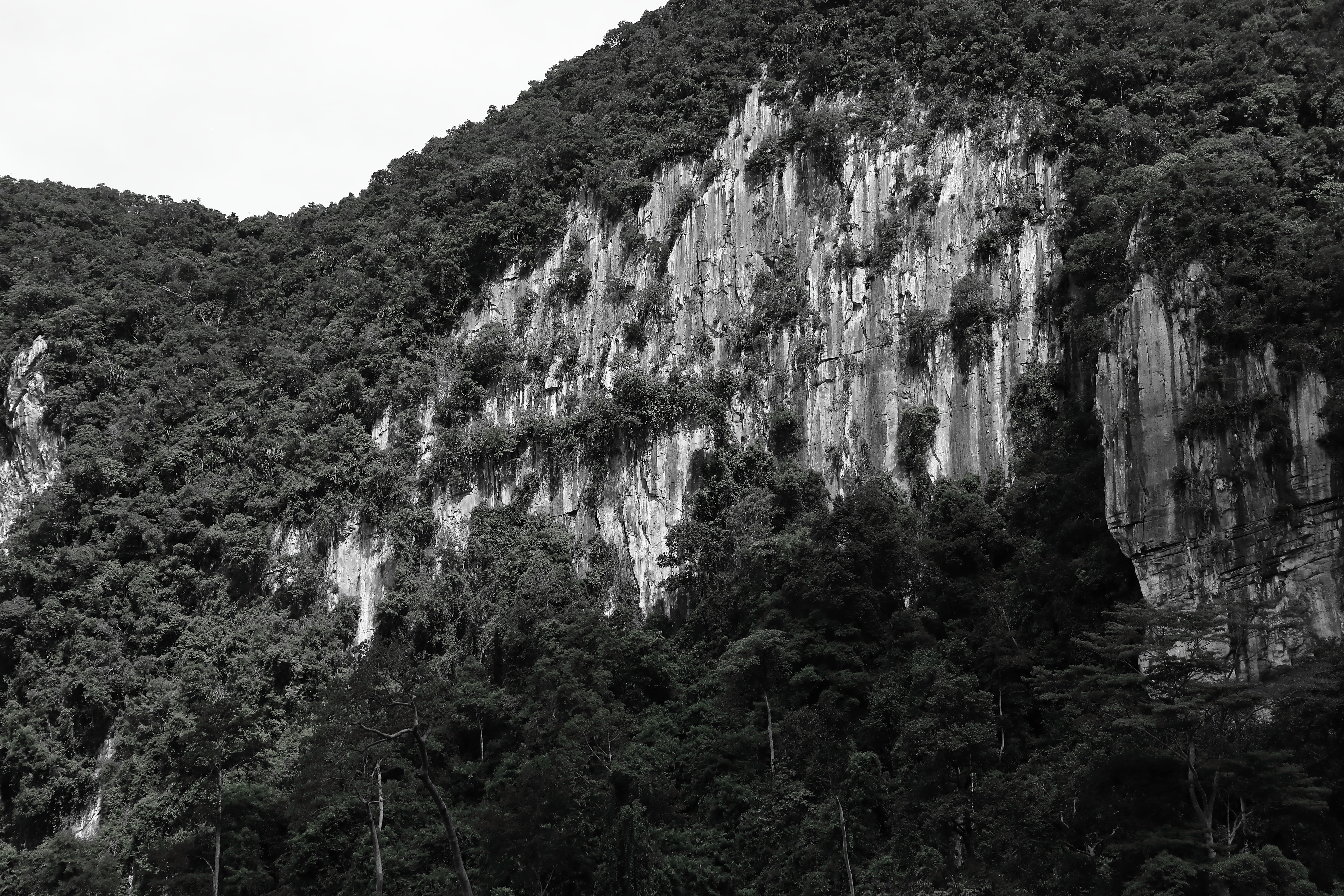 My last trip to Western Taman Negara had been part of a formalized CAT walk, organized by MYCAT. Those are designed for introducing city-dwellers to forests and providing a tourist presence in the largely unpoliced forest borders. But understanding the wildlife is a much more intensive requirement and to provide research support, Singapore nature groups have long-term camera trap studies going on in those forests. I was coming to help with the installation of new traps and checking of old ones. Mostly I wanted to immerse myself once more in the rainforest, the feeling of forest as ocean. 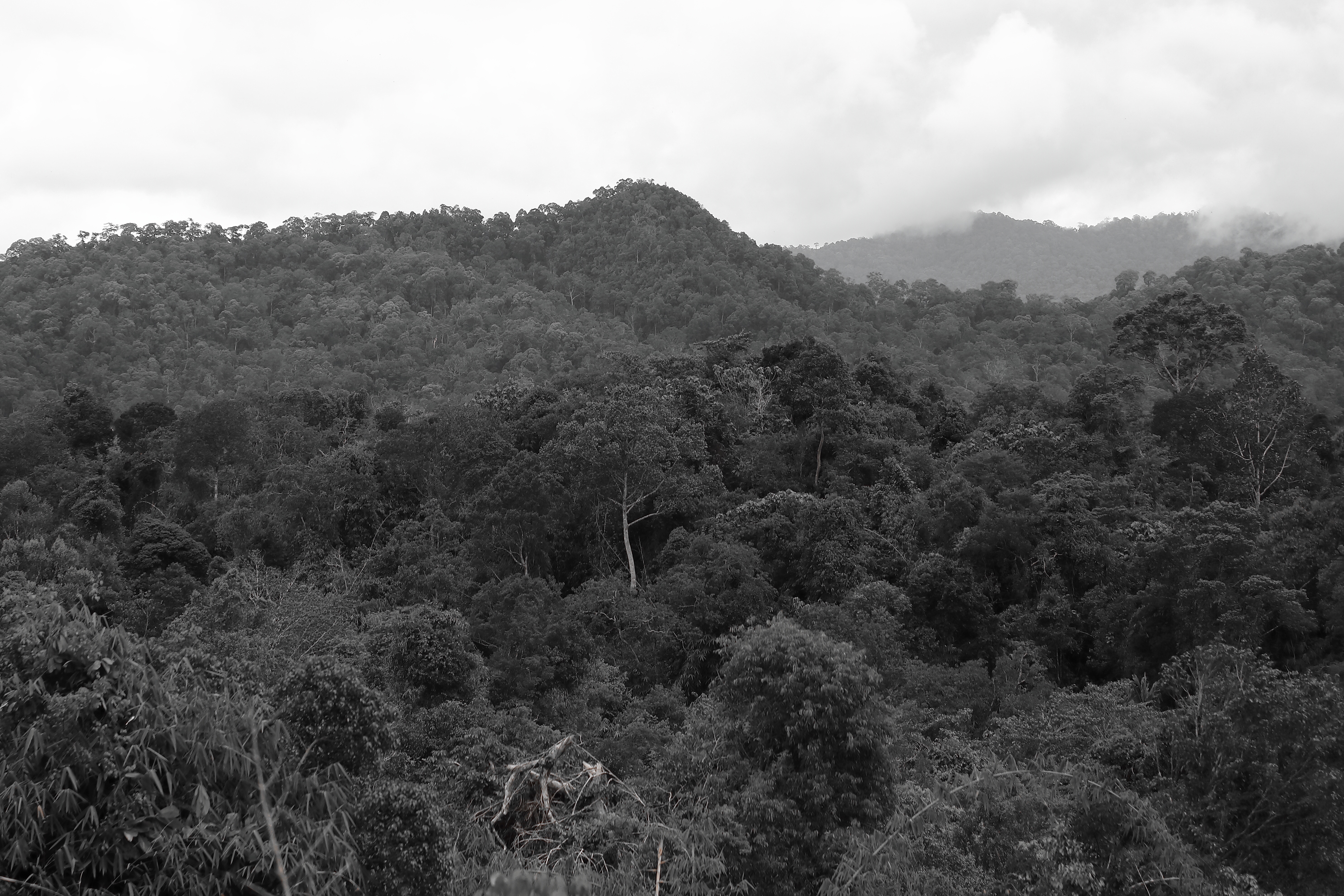 We spent two days walking in different parts of Taman Negara, setting up, taking down, and checking camera traps, coming back hot and sweaty and satisfied. I had forgotten what it was like to be in forest, the strange viscerality of that kind of presence. I always have to rediscover this: walking a rainforest is a violent act. When there’s no path—which is often—you simply bash through and let the forest yield. A machete swipes through offending palms. Twigs gunshot before your shoes and saplings creak over in submission. Most of the time, you are watching your feet, trying not to slip. If you are not watching your feet, you are watching your arms for errant leeches. If you’re not watching your arms, there’s probably a leech on you.

Rainforests are not kind places. You protect yourself there: the mosquitoes, the ticks, the sweat. Peace comes not from the movement, but the pauses, when you look up for a moment and realize how easy the cicadas fill in your footsteps. When—lacking movement—your self loses primacy ancd thus touches the primality of the surrounding world.

On the evening before we left, trapped inside the field house by a sudden blistering rainstorm, I sat with my journal to record the trip. But details eluded me. (Was this the intellectual degradation gap years caused?) I could still feel the sunlight of the clearings as we began and ended the hikes, but the in-between receded as I reached for it. What had happened within the forest had seeped away. In its place, only impression: green canopy, twined lianas, muddy ground.

As I sat and thought and wrote, moments sidled back into recollection—a stream glinting perfect for kingfishers. The spider-limbed gibbons. The shadow of a ground bird. The sheer wall facing the first camera trap. But the recollection dredged up slowly, scattered, like shards. I had left it behind, I realized: if I returned it would deluge me. This was my last forest trip for some months. And memory doesn’t really work like that, but the thought comforted me: that I had left some piece of me, even if only recollection, behind to erode into soil, as if penance. As if I could briefly pretend that I—whose life is delimited untangled from branches—belonged there, could understand that hostile, brilliant, beautiful place.

Over those two days there, I grew to love the feeling of walking away from a camera trap, primed and ready. And now that I’ve left, I think often of them. A small eye waiting to watch the world and tell us how it actually goes.