In 2015 I flew to Coimbatore and from there drove four hours and 40 hairpin bends into the hills to Valparai, a small Tamilian town nestled among acres of tea and coffee plantation. I had just finished my freshman year of high school and knew that I kind of liked birds and wildlife and stuff like that, and maybe it’d be cool to find out more stuff about them, like research? A friend of a friend had a friend who worked at a research station here, up in the Western Ghats, and I (my mother) booked a plane ticket as a result and went.

Beforehand I scanned the website of the organization—the Nature Conservation Foundation—and downloaded their papers on the Western Ghats. I read about elephant movement patterns and fragment restoration and density changes, and tried to draw a connection from there to a day-to-day process—what, actually, was ecological research?

I was a gangly fourteen-year-old materializing from thin air with little preamble, a heavy suitcase, several unrealistic expectations of Western Ghats wildlife, and during the heaviest monsoon when research is most infrequent. But the Valparai researchers never made me feel out of place. I spent hours seed-collecting for the rainforest nursery, later filling days with bags of soil for those seeds, and went hiking over the hill ridges, finding small shield-tail snakes curled up on the ground, and gaur incongruous among the geometric tea. At night we hurtled around tea estate curves looked for flying squirrels and leopards. I remember thinking, somewhat grandiosely, as ten of us suppressed awed gasps when an owl’s eyes flashed from a tree, these are my people. I booked another plane ticket that winter, and the summer after that, and the summer after that.

I saw research there in many forms: hours on a thin blanket in front of a hornbill nest and afternoons peering at tree canopies and walking slowly along invisible lines through dense jungle. Leeches and early mornings and mud everywhere and missed meals. The pre-dawn helicopter whirr of hornbill wings and diamond noon sunlight and the Technicolor flashes of Malabar trogons. Answering the seeming smallest of questions: has the flowering of this tree changed from last month? What fruits do great Indian hornbills tend to feed their partners? At what rate do saplings of forest species grow under cover as opposed to in the light? Does elephant movement tend to favor tea plantations or forest fragments?

But what struck me most was that this research is never isolated. It takes place within a community—of local wildlife, of local stakeholders, of other research. But especially for the Nature Conservation Foundation (NCF), this community’s most important members are other researchers. Valparai meant so much to me because it was one of the first times I could sit and watch the swifts and have three more people join me and help with identification, to sit in on discussions on hornbill ecology and know that this was the norm. I wasn’t engaging in some side hobby: the shared thrill at the wild was a way of life.

For NCF, this community stretches far beyond Valparai: the organization unites hundreds of researchers and several research stations across India. It’s tightly knit—last week when I went to NCF’s annual meet in Mysore (in my nebulous role of sometimes-intern and enthusiastic-participant) the conference ran side-by-side with a makeshift daycare at the back of the function hall. As the organization was introduced to visitors, the head of educational outreach stood up and gave a short talk. “NCF isn’t just an NGO—it’s a family.” The four days of the meet alternated between talks on current research and much-heckled general knowledge quizzes, PhD presentations and football games with exceptionally fluid teams. (I pride myself on twice touching the ball within two minutes of a goal being scored, making me evidently vital to our success.)

And it’s exciting. A lot of my friends think I’m a wildlife nerd: compared to these guys? I don’t compete. One researcher stood up at the beginning and declared, “Birding is always on,” before listing five species he’d heard calling while sitting in the conference room. Being amid that much passion is invigorating. NCF’s research takes place across India—the high altitude plateaus of the Himalayas, coral reefs hundreds of kilometers from the Indian coast, complex agricultural landscapes in the north, dense rainforests in Northeast India, everywhere asking those seeming smallest of questions. How are livestock and wild ungulates interacting in the Himalayan plateaus to transmit diseases? Does the frequency of fish predation change in healthy reefs as opposed to bleached coral in isolated island chains? What kind of patterns do dugongs weave in seagrass in the Andamans? Can trash on riverine banks in the Himalayas affect the density of bird populations there? The undercurrent is not of pedantry but rather sheer curiosity about the world. Every researcher ended their talk saying there was more they wanted to explore, this proved only a preliminary survey, but if they get their funding or approval they can look deeper into… There is no end to the finding out, to what you can discover about the wild, to the yearning it can inspire to encounter in ways that feel like knowing.

4 thoughts on “Into the Hills: Gap Year Week 5”

link in bio, names from NPR’s (noncomprehensive) graphic in “a decade of watching Black people die”
Lessons from the forest, in the bio now. Overall I’ve had such a great time this quarter (you know who you are) but two pieces of news made some times difficult. One, the news of Raj’s passing and two, the announcement of the final routing of the Cross Island Line. MacRitchie forest, especially in California, feels like such a tiny, insignificant patch of green far, far away. But it matters. And so do the people who cared about. Thank you, Raj.
and so college has begun // last “official” blog post up now in bio // thank you thank you thank you to everyone who’s been here
swipe for a wild @deepshikha9284 // blog post up now feat. tea 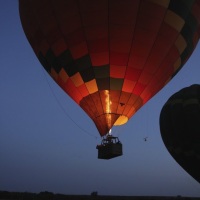