So, congratulations, everyone. You’ve completed another circle around the sun! Woo-hoo! Or, at least, you’ve completed a rotation based on a start point that is, quite honestly, largely arbritrary. Don’t worry. Most things happen to be.

Anyways, on this randomly selected day for a “fresh start”, whereupon everyone’s resolves to do better and be better crystallize for a few glorious milliseconds, I thought it might be a day best to look back on the past year. Just because.

It’s been eventful, and exciting. Let’s look through it month by month.

I was absolutely honored when Karen Lockyear did a lovely painting of a photograph I’d taken of a lilac-breasted roller.

The second month of the year was a… whirlwind of so many exciting things, one after the other after the other. In a surprising turn of the events, I ended up on the other side of the camera for Robert Zhao Renhui’s project on old trees of Singapore – the book of which also happens to just have been released.

I didn’t blog about this, mainly because I didn’t trust my own ability to be coherent, but I also got the chance to meet Jane Goodall. Which. Wow. To hear such a legend in wildlife biology speak was amazing, to say the least.

Later that month, I found that I had received a gold key for photography in the Scholastic Art and Writing Awards. This was extremely surprising, largely due to the fact my skill in photographing anything other than nature is, as is repeatedly mentioned by my family, minimal.

This marked my trip to Spain. I’m still recovering from post-place nostalgia (that is a thing, yes?). It was extremely fruitful in terms of birdlife on a different side of the world. Black-winged stilts, peregrine falcons – it’s not something I’m bound to forget anytime soon.

I received extremely exciting news in the form of an email from BBC’s Wildlife Photographer of the Year notifying me that three of my images had been shortlisted for final judging. Considering I had submitted on impulse, this came out of the blue and thrilled me tremendously.

I wrote a blog post for Bird Ecology Study Group on a pair of mating changeable lizards I had come across in SBWR. I think a defining theme of this year has been my growth, not as a photographer, but rather as an observer; I’ve found myself more able to sit and watch rather than click and rush – the latter being a defining characteristic of many photographers. It means that sometimes I miss photographic opportunities, but it also means a greater understanding of the subject – which can ultimately be more rewarding.

I talked more about this ‘click and rush’ attitude, amongst other things, to a much larger audience, when I gave a TEDx talk on the impact the internet has had on nature. This blog figured in it, and it gave me a chance to reflect on what has led me to where I am today. Go and watch the talk if you want to. It’s a culmination of a lot of experiences I’ve had over the past couple years – regarding photography, citizen science, ethical observations, and much more.

Switching tracks from nature, later that month I photographed Topaz Winters for her immensely lovely blog, because apparently I can do people. Who knew. (I’m not convinced). It was another interesting experience, because I had to reach out of my comfort zone and explore the fact my subject, for once, was actually cooperative.

I began using Instagram. I’m still using it, albeit sporadically. Check it out. It’s fairly cool. iPhone photography presented its own unique challenges (i.e. high ISOs, no zoom to speak of, and so on) – but also rewards, as I began experimenting with editing apps to a much greater extent than I do with other photographs.

At the beginning of the month, I visited Valparai, possibly one of the loveliest places on this planet. There, I explored the importance of rainforests, and the impact of fragmentation, helping with a project that aims to restore and reconnect fragments through a nursery of native plants. It was an enlightening experience, forcing me to look beyond the bird to the trees: what role did they play? How do they contribute to the ecosystem? Rainforest fragmentation is one of the most pressing issues facing tropical regions, and is especially prominent in road-ridden Singapore. The lessons I learned were directly applicable to my view of forests back home, particularly MacRitchie.

At the beginning of August, I went for a week-long trek in the Himalayas. I… still haven’t gotten around to most images from it yet. The vistas were beautiful, though the birds sparse, and suffice it to say posts will be forthcoming. Interesting adventures were had with the stationary, specifically flowers. More details will follow.

But coming back from summer break, these were quiet months in terms of nature. I had some misadventures with bird identification. I celebrated obscure days, just because. Mostly, it was life, plain and simple.

Halfway through the month, I passed an important milestone – at least personally, and one I’d struggled towards for the better part of a year. Finally, I spotted my 100th bird species in Singapore. To be honest, it’s a rather meagre total for the tropics; avoiding most photographer-infested places, however, it’s one I’m proud of, and one I hope to improve upon in the coming year, too. Updates on this will follow. But if you want more to-the-second information, I started using eBird to record my sightings. While my lists are still few in number, I hope to improve upon them in the next year as well.

Very, very exciting news came with a message from Travel Photographer of the Year – I was one of their seven finalists for my category. Now that the judging has passed, I can share the images that won. It’s a portfolio of four, from my trip to Coorg at the end of last year.

Well, there has been stuff going on this month – but that’ll have to wait, I’m afraid, till I get time to share it.

Till then, congratulations on making it this far. Here’s to another revolution, perhaps in all senses of the term. Who knows. 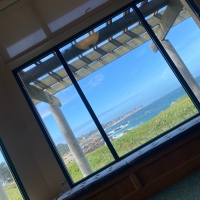