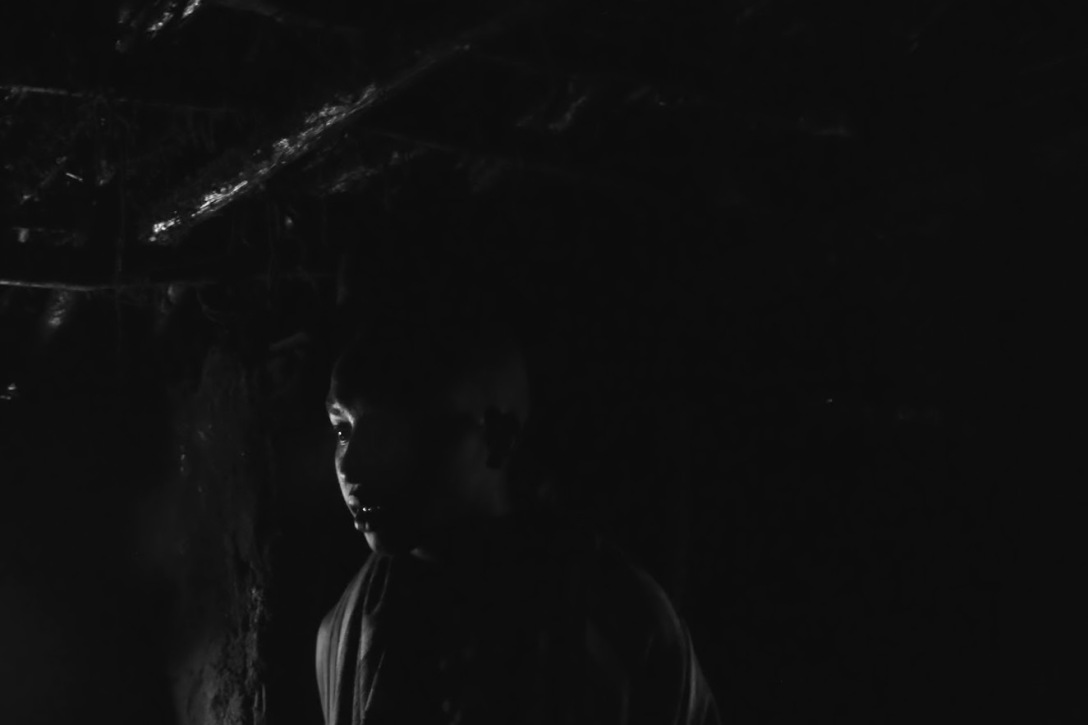 An excerpt from the journal of my cousin, Preetu (a fantastic writer who gives herself far less credit than she deserves*), about her experience in the Maasai village we visited in Africa to accompany rare evidence of my forays into portraiture.

“I remember, as a child, opening up on of those massive geography encyclopaedia things. On that page was a picture and a few words about a tribe called the Maasai. They were wrapped in bright red shawls and wore layers and layers of beaded jewellery. One can’t help but be intrigued by them.

I read what was written on the page, thought – Oh wow! –  and then shut the book and went on with my life.  Little did I know ten years later I’d actually be in their village singing along with them!

The sun beating down on our backs as we stepped out of our jeeps onto arid land.  The glint from this woman’s necklace caught my eye. Strange faces surrounded us. Unfamiliarity and curiosity painted on their faces, as was on ours. We scanned the milieu and found about ten to fifteen small huts arranged in a badly shaped circle and dung.  We manoeuvred skilfully past all the dung as the vibrantly dressed woman led us to centre of the circle and their little settlement. The head of the tribe saw our discomfort as we walked on the cattle excrement and tried to put us at ease by telling us that stepping in cow poo – to put it plainly – was good luck. Not that that really changed much.

We were told that this was where all the cattle was kept. The cattle were now out grazing with most of the men as well. Soon our family was divided into smaller groups and each group was escorted into a hut. The smell of smoke stung as we walk through the narrow passageway. It led to a rather small unassuming room, the only one in the hut. With our heads bent we looked around, bewildered yet amazed at the dark cramped room. This was the residence of four people and two goats. The darkness was attributed to the one hole of a window that might as well have been absent.  One thought that was on everyone’s mind was – How?! The sunlight blinded us as we re-entered the central area.

On our way back to the camp my mind was filled with smiles on the children’s face as we spoke to them and shook their hands, the sound of their voices as they chanted in unison, and the quiet jingle of the beads they wore with so much pride.

The book hadn’t even come close to explaining what they really were.”

7 thoughts on “Journal Journeys: Face of the Maasai”