When one thinks of Africa, it is inarguable that the first image that comes to mind is that of the ‘king of the savannah’, the African lion– the classic Panthera leo. Adjectives used to define them encapsulate confident, proud, arrogant– but not vulnerable, or threatened. But that they are. Of the 100,000 in Africa in the 1960s, only 32,000 remain. With the growing human encroachment of their habitat, they hold a tentative future.

The grass is golden, and so are the lions. They glow in the newly-risen sun, their stride confident, their head held high. The jeeps eagerly watching them are not even spared a disdanful glance.

The male that heads the pride, scraggly-maned and arched-back, walks with single-minded pupose; the lioness that accompanies him is his equal, if not superior, in style, poise, and grace.

She pauses not three feet from a jeep that resounds with the delighted clicks of at least ten animated shutters without a sideways glance. A small cub dogs her footsteps diligently, and following it are two more females and two more young ones. The cubs are ecstatic from their meal, now abandoned in a handy depression for the vultures that are already gathering. They burst into random sprints and stop abruptly, their full bellies wobbling precariously below them. One lioness, till then watching it serenly, mock-pounces the small lion. 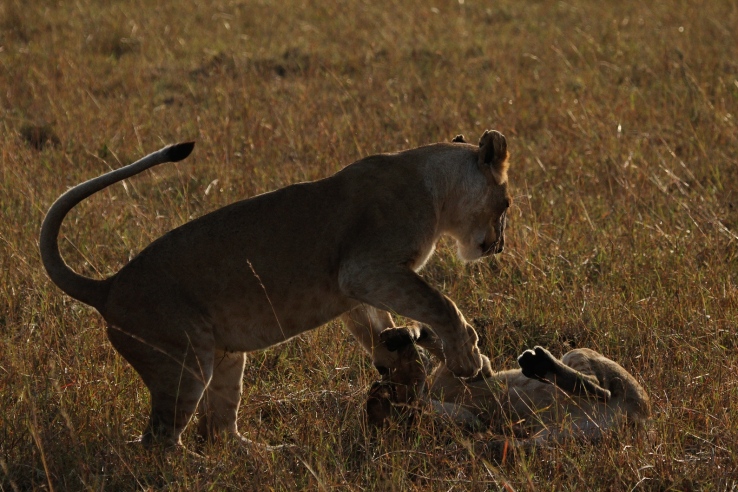 Its delight is obvious; it immediately rolls over onto its back. 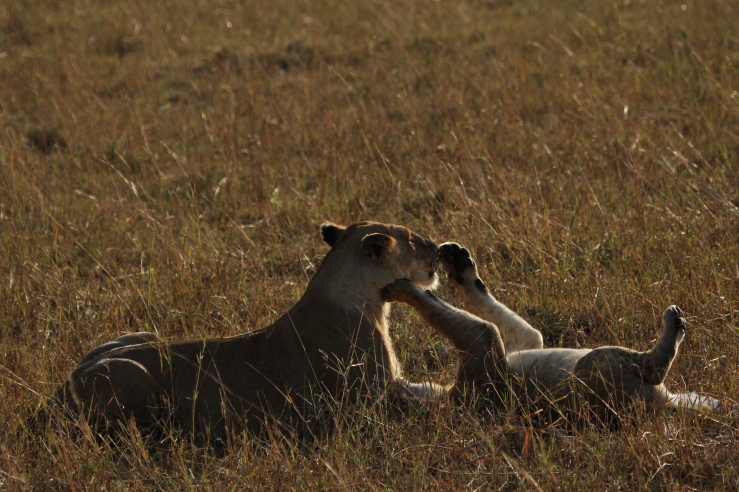 She licks its face, pretending to bite its neck– their play continues till the cub gets too boisterous and is silenced with a quick swipe of paw. Then they sit together, content, and survey their domain with a self-assured ease. The sun, behind them, is fresh and new in the sky. 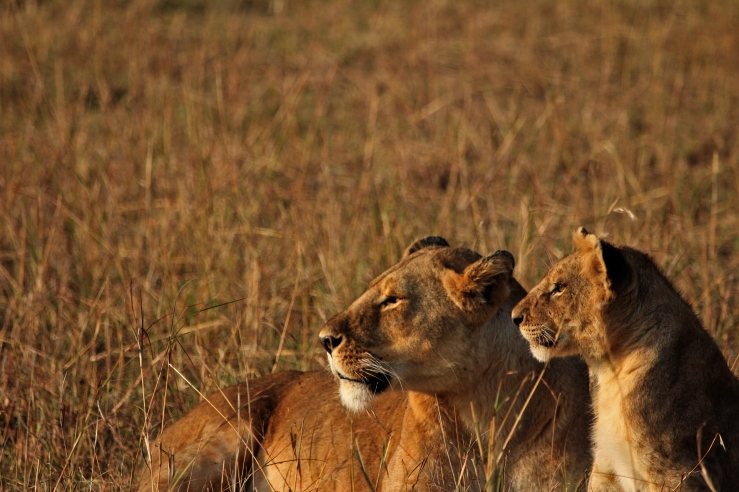 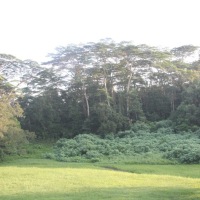 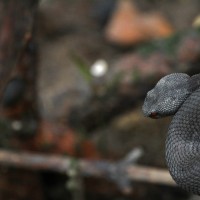