Maybe it’s best to stop my rambling and start the post. Best for all of us, don’t you think?

We are leaving– the glint of our camp in the distance is visible– when someone calls, Elephants at 10 o’ clock: A herd lumbers across the vast, rolling plains, bulky females bookending two babies. As our jeep creeps closer, we see one glued to its mother’s grey side, solemnly chewing. Its tiny trunk curls and uncurls as it feeds; its small, trumpet-like ears are flat against the side of its head. 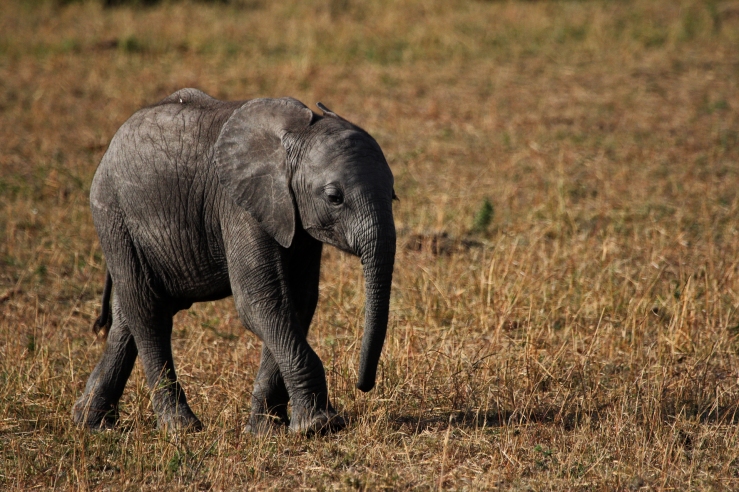 The other is its opposite. Ears splayed out on both sides and flapping wildly in the breeze, looking for all the world like a pair of wings, it bounds between one female and the next with great, joyful leaps, providing a strong contrast to the slow, somber movements of its seniors.

Up and down, sideways and back, if elephants could smile, it would be a second sun. Our own beams are poor in comparison.